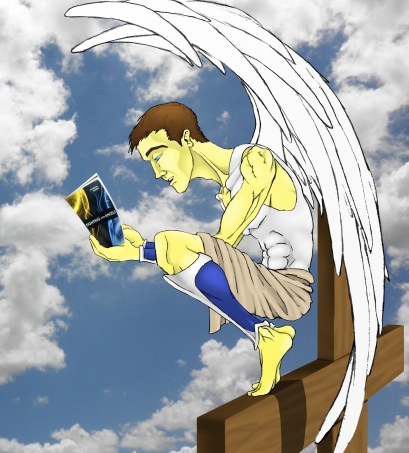 Somebody has spilled the beans and you won’t believe who is reading Fighting with Angels.  Both the heavens and the underworld are taking interest in this account of their personal affairs.  If you’ve had the chance to read the novel, share it with someone who you think will enjoy it.  Spread the word and I’ll keep working on the sequel…

© Jonathan Lehnerz and Fighting with Angels Blog, 2014. Unauthorized use and/or duplication of both written and illustrated material without express and written permission from this blog’s author and/or owner is strictly prohibited. Excerpts and links may be used, provided that full and clear credit is given to Jonathan Lehnerz and to the novel Fighting with Angels with appropriate and specific direction to the original content. 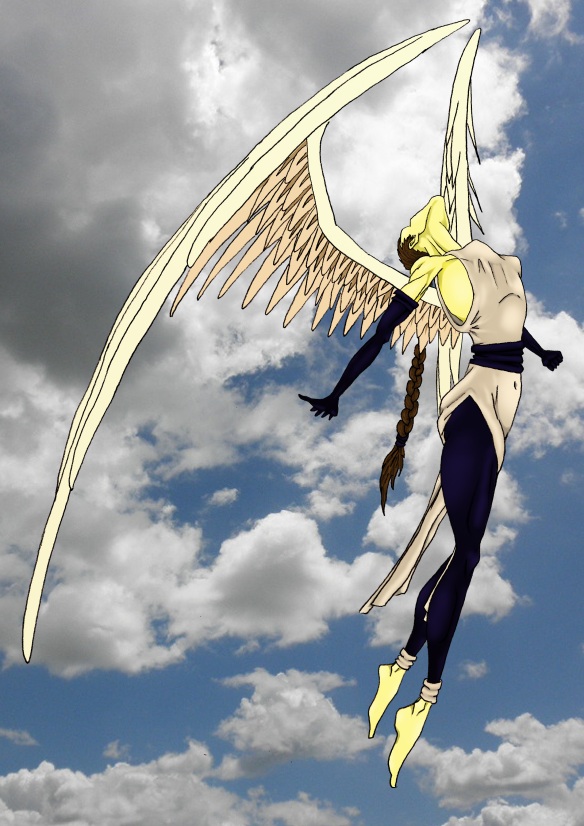 Hello again and thank you for your patience. I have been working on some very important things for Dr. Crawford as of late and I haven’t had time to write to you in a while. So as a reward for all your waiting, I want to talk with you about Petra, one of my favorite angels.

While angels are typically beautiful creatures, this young woman is on a level of her own. Of course, I speak of Petra as a female for that is how she appears, but in reality angels are spiritual beings and are not really defined by their sex as we humans are. How they appear to us has more to do with our own personification of them, allowing us to relate to them better. Petra is Miranda Crawford’s guardian angel. The two of them share a strong bond with each other. Miranda has always been the most comfortable around our spiritual comrades and she considers Petra the closest thing she has to a girlfriend.

Stereotypically we tend to assume that men are physically stronger than woman. This is not the case with Petra. There are not many angels that can go toe to toe with this warrior and demons grow uneasy at the very mention of her name. All angels wield a weapon, usually a sword, made up of their own spiritual energy. Petra carries two swords. The first is a long Katana sword and the second is a medium-sized Wakizashi blade. Both of the weapons are reminiscent of the ancient Samurai culture. While the Samurai can claim ancestry way back to the ninth century, angels have been around since before God created the earth, leading me to wonder who borrowed the weapon’s technology from whom. Although she does not speak of it, I get the sense that there is some connection between that culture and herself.

Petra is a loyal soldier, having complete confidence in Justice, her commander. She is quite simple and single-minded in her thinking. It is a quality that can make her seem almost child-like at times, but her devotion to God and to her mission is never in question. After all, the name ‘Petra’ is derived from the word ‘rock’ and that is exactly what she is. I will write to you again soon… 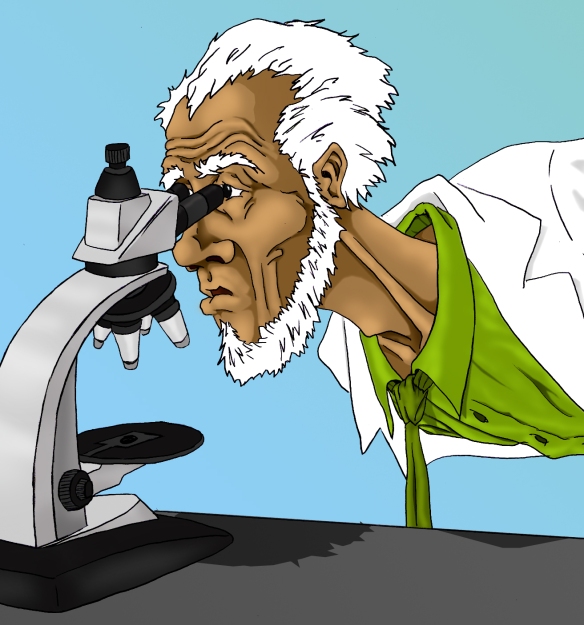 I hope this letter finds you all having as busy a summer as I have. If you are already a follower of this blog or are familiar with the story of Fighting with Angels then you have read about “The Great Dr. Noah Crawford” and his role in the war between the angels of heaven and the demons of hell. If this is your first visit then I will start at the beginning.

Dr. Crawford is a scientist, vastly ahead of his time. After an impressive career with NASA he moved on to found I.D.E.A. Industries (Independent Direction of Ethical Advancements). The company leads the way in robotics and an almost unlimited spectrum of new technologies. It is the kind of work that is only speculated upon except for the fact that they’re doing it right now.

Not long ago the man began exploring different avenues in an effort to come up with a new energy source for the planet. What he discovered instead was a gateway into the spiritual realm. While many other scientists seem to be hell-bent on explaining away the existence of God, Crawford never really gave it much thought. Rather, he remained indifferent, placing more emphasis on the practicality of moving forward with his ideas. After stumbling across what he later named ‘blue’ and ‘yellow energy’ he was forced to acknowledge the presence of a spiritual world. Logically speaking, if angels and demons exist then so must God and the Devil as well.

God makes his presence known to different people in many different ways and this was truly an eye opener for the man. I have spoken with Dr. Crawford on several occasions and he assures me that the battle is still on going, but always encourages me to keep the faith. “God is good,” he always reminds me, “and he shepherds us through the darkest hours.”

The scientist is a husband to his wife, Semira and father to his daughter, Miranda, who inherited all and more of his own genius. I believe I’ve written a letter about the young girl already. As I have been forced into hiding myself, I don’t feel that it would be right of me to divulge where they reside, but they are happy and a much closer family for their experiences. I will write to you again soon… 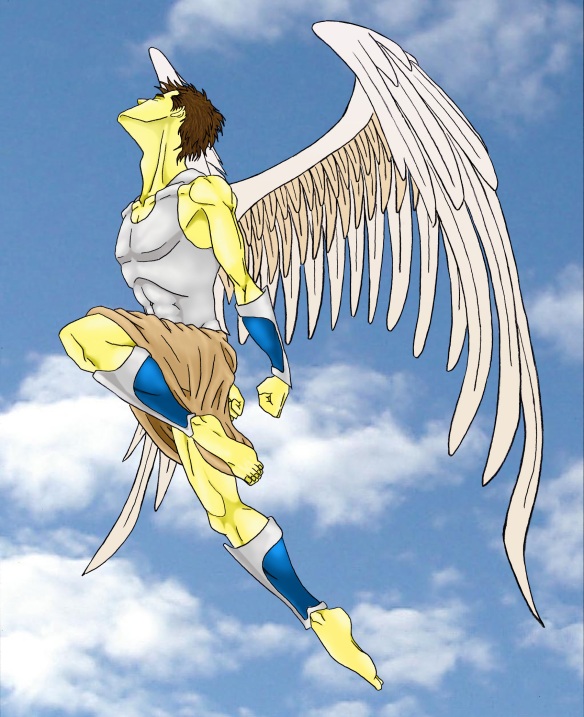 I hope that this letter finds you well.  I feel that it is important for me to lay down a few guidelines about what we are talking about; namely the people and creatures that we are dealing with.  The first of which is the creature that has been given the name of angel.  What is an angel?  When Joseph was asked that very question at the beginning of his adventure he described them as “literary devices designed to help inspire a certain feeling of spirituality” (of course he has laughed at that explanation numerous times after discovering first hand the true nature of their existence).  If you are not familiar with Joseph you should really take the time to research my first writings in Fighting with Angels.

It is important to note that tradition hands down to us Nine Choirs of Angels.  They in themselves have a hierarchy of their own along with distinct duties which I may elaborate on later, but for now our chief concern is with the Guardian Angel.  Every one of us has a Guardian Angel assigned to us for the course of our life time.  Their role consists of guidance in both our thoughts and in our actions as well as protecting us from evil.

How involved our angels are in our lives is ultimately up to us.  The level and depth of our relationship with God directly determines the level of interaction we have with our Guardians (whether we know about them or not) as they are intimately intertwined in that relationship.  They can not force our actions in any way but they can be of help to us if we pray for it.

Angels have the ability to influence our dreams.  Although they primarily exist in the spiritual realm, they can also alter their own forms and have been known to appear to humans in several ways.  There have been times, although rare, that they have appeared in their full glory.  Generally that seems to be humanoid in nature with large and powerful wings that extend from their backs.  It is uncertain if that is their true form or if our own perception comes into play.  More often than that, they appear to us as humans themselves and offer aid that is not completely understood to us at the time.  They may also take on other forms that are even less obvious to us, but in no way less helpful.

Their ability to change appearance is due to their composition.  Angels are made entirely out of spiritual energy.  While that energy can be altered and made to feel tangible to us, it can not be scientifically explained, at least not by anyone who’s talking about it.  Dr. Crawford and his scientists are adamantly opposed to discussions on the topic (‘for our own good’ they usually add).

At any rate, angels are formidable creatures.  I can say that even before any mention of their weapons.  And what are they protecting us from?  It chills me to discuss the matter, but for now I will only assure you that ‘demons’ can not control our actions either.  I will write to you again soon…

Click on the novel to order a copy today!!! 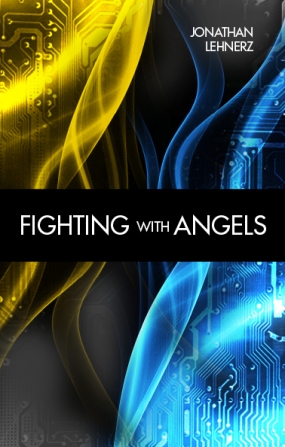 Jonathan Lehnerz is the author of the novel Fighting with Angels. It is the first installment in an action adventure series about scientists who accidentally discover the spiritual realm and a holy war that wages all around them.

© Jonathan Lehnerz and Fighting with Angels, 2014. Unauthorized use and/or duplication of both written and illustrated material without express and written permission from this blog’s author and/or owner is strictly prohibited. Excerpts and links may be used, provided that full and clear credit is given to Jonathan Lehnerz and to the novel Fighting with Angels with appropriate and specific direction to the original content.
Loading Comments...
Comment
×